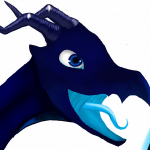 FINALLY SOMEONE MADE A WIKI FOR THIS GAME!!!!!

Anyways, were's the founder?! S/He Deserves a muffin! Ehem, Just so you know, I love this game, and I have some things to say to clear things out. Yes, the creator of the game is probably not here, and no, I will not stop.

This is one of those epic games that no one knows about, nor cares for. I think that this game deserves a lot more than it has, due to the 'one man band' taking more than two years to create this, and then having a beautiful baby.

Some people lie, to get the creator ideas, saying "Can't wait for the movie" or "Oh! I'm excited for the sequel!" Well, I don't expect, nor do I would want to force this wonderful man to create another game. As much as it would be flipping awesome, I think it's right for it to be his choice.

Was that too much? Oh well!

Retrieved from "https://elysiantail.fandom.com/wiki/User:ZazaraOne?oldid=5119"
Community content is available under CC-BY-SA unless otherwise noted.